Sign up for our VIP list and receive a code for 10% off your first purchase! Free shipping on orders over $35. Dismiss

Iggy the Westie was such a pleasure to work with!  Iggy is featured as a cover model on our homepage and enjoys his days in the beautiful South Bay of Southern California.
His favorite foods include beef ravioli, turkey, string cheese, bacon, and Chinese pork buns.  Iggy’s favorite hobbies are napping, getting belly rubs, playing with other dogs, being the center of attention, and playing tug-of-war.
Although he is 13 years old, Iggy still has a lot of pride & confidence. He wants everyone to know that at his most recent Vet appointment, the doctor told him that he shows no signs of aging. In this photo, Iggy is wearing our Green Camo T-shirt. If you want to see more of Iggy, make sure to follow him on his Instagram account. @IggytheWestie

Oreo is a mixed poodle who lives in the Bluegrass State also known as Kentucky! Oreo has a brother named Coffee, and they go everywhere together. He let us know that his brother was jealous that he didn’t get featured on the website as well.
Oreo loves to eat healthy; carrots and turkey are his favorite humans foods.  While he does enjoy the occasional nap, Oreo will always stay alert to any nearby troublemakers. He enjoys all the normal dog toys like ropes, stuffed animals, and tennis balls that he can fetch.
Being only 7 years old, Oreo is in his prime and he knows it. With the utmost confidence, he loves to to show off his trendy clothes and beautiful fur. In this photo, Oreo is wearing our Red & White Striped Tank Top.

Look at that adorable face!  Flea is a blue tan Yorkshire Terrier who lives in Northern Italy. She’s 6 years old and has a brother who is a Birman Cat.
Flea loves to travel with her mom; she has visited many different countries. Flea loves to ride in the car or on a bike, it doesn’t matter to her as long as she gets to keep going on fun vacations. When she’s not traveling, Flea likes to nap or play with her favorite stuffed animals.
Not only is Flea a seasoned traveler, but she is an experienced swimmer as well. The fastest way to get on her good side is with her favorite treat, duck meat. In this photo, Flea is wearing our Stylish Black & White Dress. If you want to see more of Flea, make sure to follow her on her Instagram account. @missfleaandbrotherdior 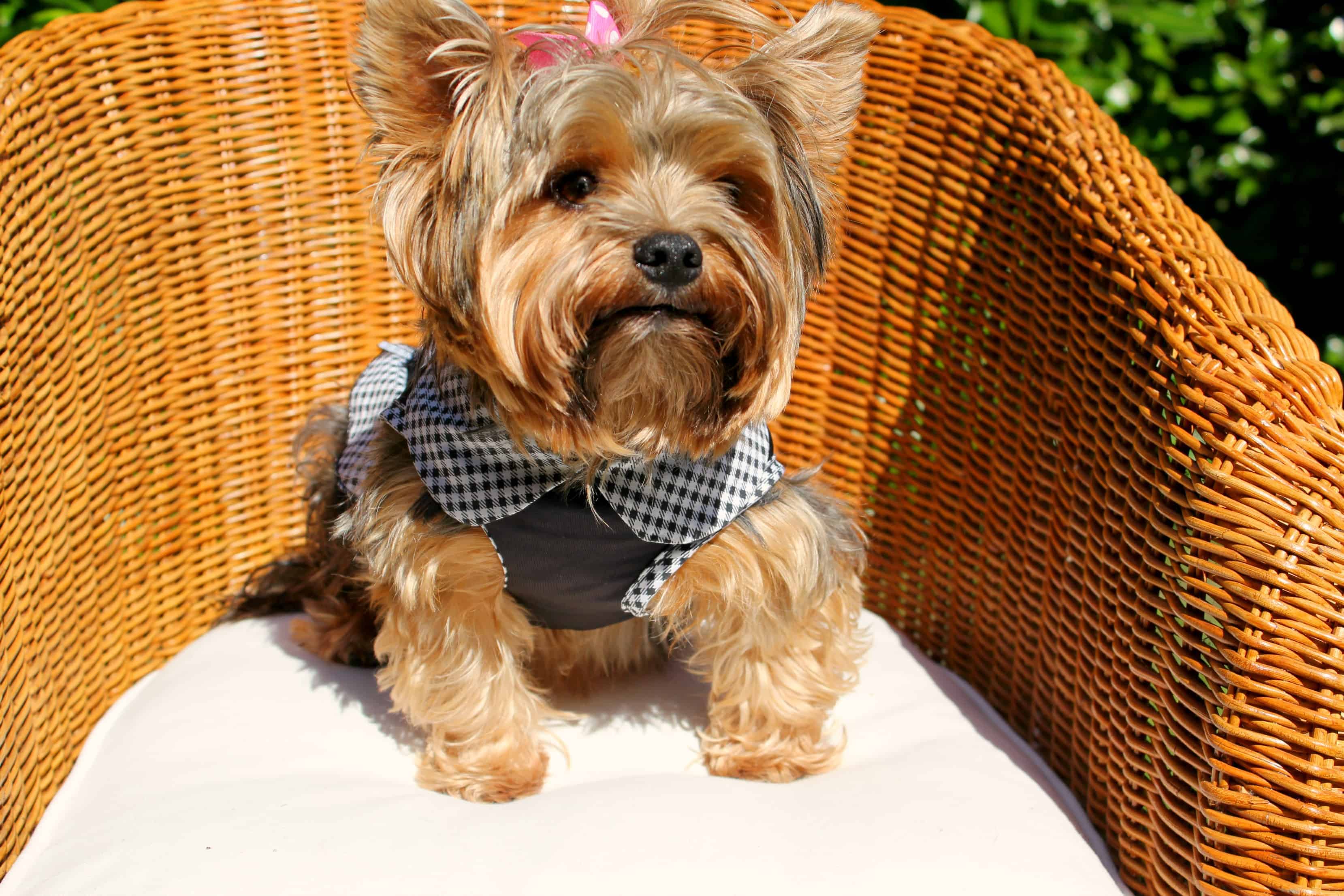 A breathtakingly beautiful dog, let us introduce you to Minnie Mabel Ranger. Mabel is a twelve month old Maltese that loves playing with her bestie, CoCo the Chiweenie.


Mabel’s biggest accomplishment is that she is a Trained Therapy dog for the American Red Cross. Mabel’s first job was to comfort three young children that lost their home to fire. In this photo, Mabel is wearing our Pink Camo T-shirt. 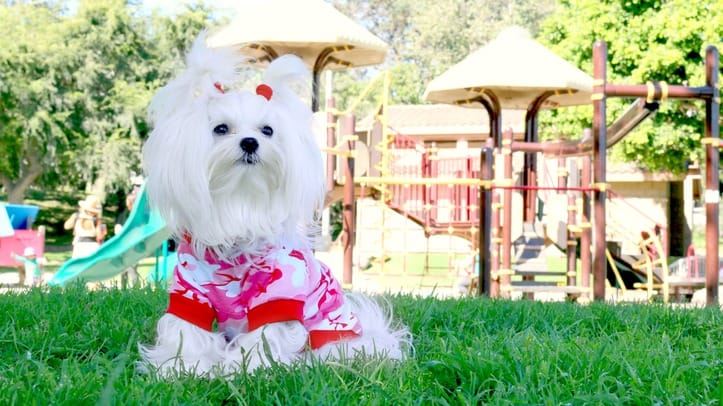 Would you like a chance to have your dog featured as a model on our website? Submit your best photos of your dog in their new outfit to support@trendypup.com or tag us on Instagram.